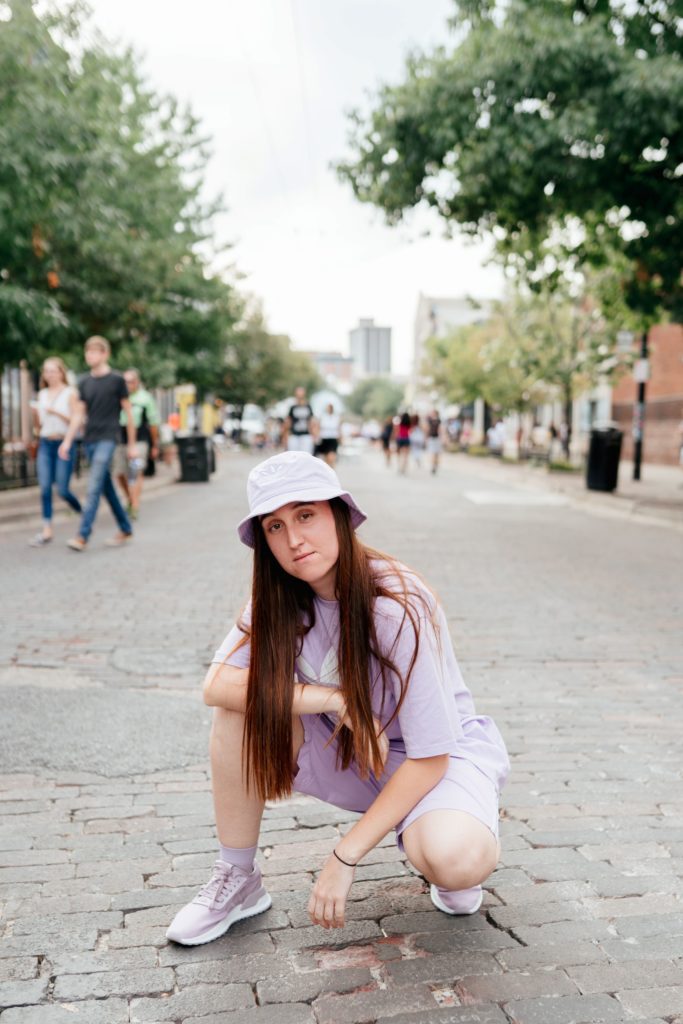 Cortney began dancing on and off at the age of three. She trained in tap and ballet before beginning hip hop dance. She quickly realized her passion for it and became a competitor and student teacher as a teenager. At 16, she began choreographing and teaching for her childhood studio’s junior and senior competitive hip hop teams. While there, Cortney was a member of the competitive dance team. In 2011, Cortney began dancing at Funk Lab with Labwerk Crew and training under Miss Kelly. While at Funk Lab, she has been a part of Labwerk, Intensive, and College crews. In 2012, Cortney began teaching for Funk Lab and quickly developed a huge passion for teaching, instructing, and leading young children and teens. In 2015, Cortney became trained in Autism Movement Therapy and was the teacher for the Sensory Swagg class where she mentored and fostered social growth of children with autism through dance.

Also in 2015, Cortney was awarded the prestigious Alan Funk Award at Monster’s of Hip Hop in Washington D.C. Cortney continues to be a leader with her outstanding and creative competition choreography. In 2016, Cortney was a key choreographer and teacher in Funk Lab’s Worlds- winning routine “We Still in This”. Since taking over as the competitive team co- director, Cortney has won countless “Top Teacher” awards at Star Systems, Top Choreography awards throughout the competition dance circuit, and has led routines to win more than ten golden ticket invites to the World Dance Championships. in 2019, under her direction, Funk Lab’s Intensive and OVO won 3rd Place Overall at World Dance Championships. Cortney is Funk Lab’s Funkabilities teacher, working to bring the joy of dance to special needs adults. She has also taught for DEA Educational Foundation to bring dance to inner city youth here in Dayton.