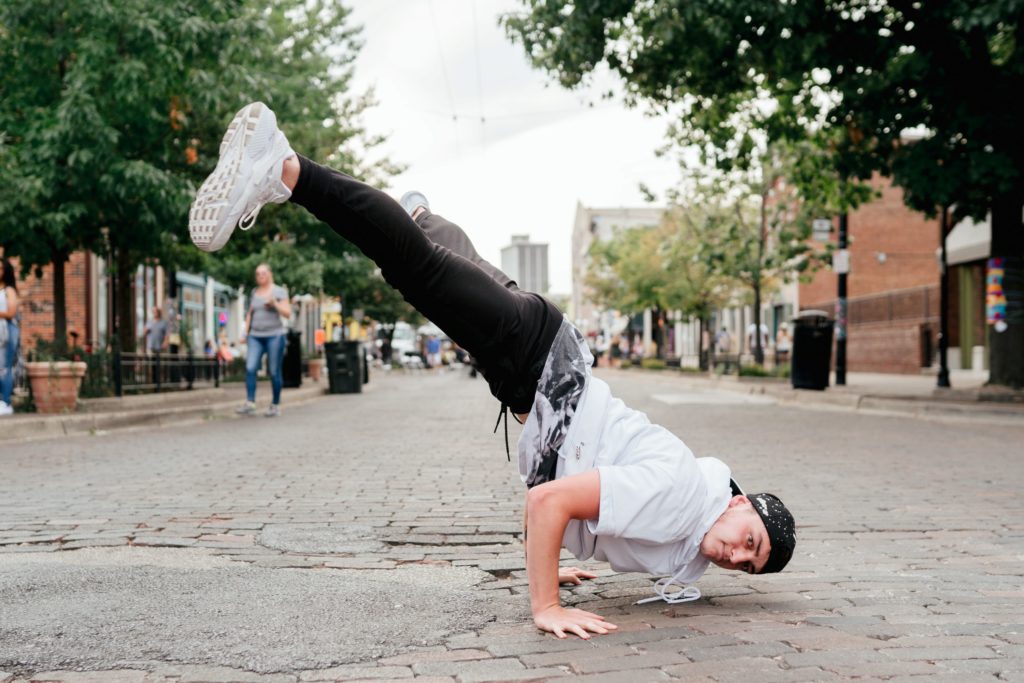 Jeff Denton is 21 years old and has been dancing under Kelly Dailey for ten years. Jeff began hip hop at Howard School of Dance before coming to Funk Lab. He is highly skilled in choreography, breaking, popping, locking, and tricks. Jeff is a Funk Lab original, has won many top awards, titles, and scholarships. Jeff is a Funk Lab original, and has been a member of almost every level of competitive crew. Jeff won the World Dance Championships with Funk Lab’s Intensive crew in 2016 and has also been the dancing batboy for the Dayton Dragons for two seasons. Jeff is attending Wright State University’s mechanical engineering program.