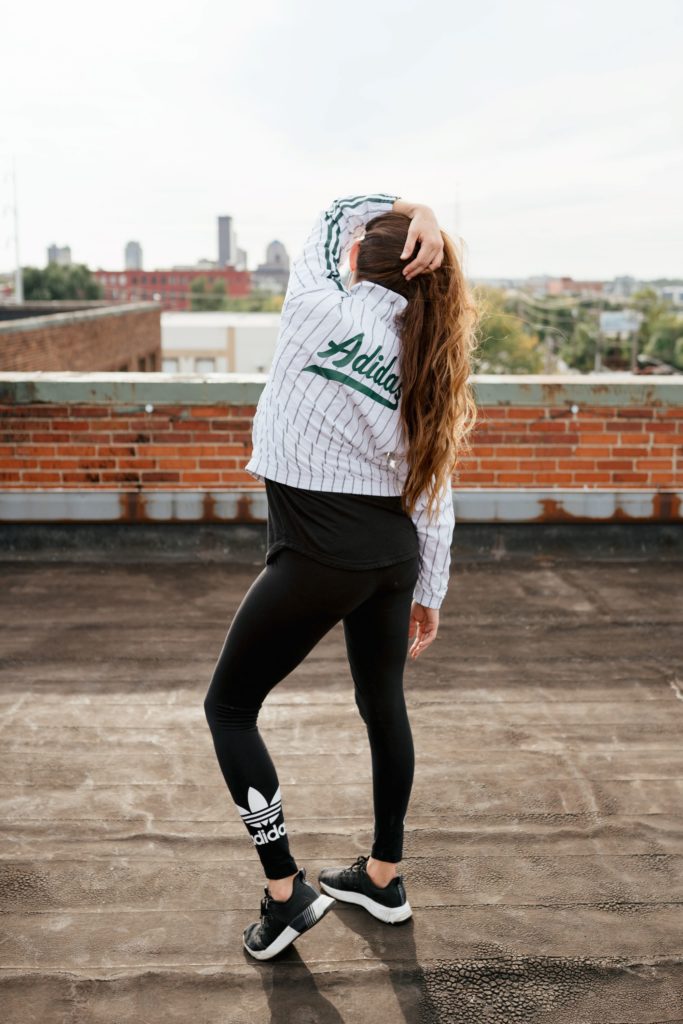 Kelly’s passion for Hip Hop began at the age of 7 while training with Pease Perfection and Centerville Contemporary Dance Studios. Inspired in the early ’90s by Aaliyah, Fatima and Janet Jackson, Kelly created the style that she has today. At age 9, Kelly began competing as a jazz and hip hop soloist, as well as became a member of hip hop, jazz, tap and lyrical teams. In the early 2000s, Kelly founded and directed the Dayton Hip-Hop Collective and was a member of Fusion Cr3w. As a young adult, Kelly was a mentor with Big Brothers/Big Sisters for several years. In 2007, Kelly was awarded “Mentor of the Year” with Montgomery County Mentoring Collaborative. In 2008, Kelly founded the Neverquit Dance Crew, where she was the artistic director and lead choreographer. Many of her pieces were given top awards at competitions. In 2009, Kelly organized and delivered the first Annual Dayton Hip Hop Showcase, which completed ten successful years. In 2011, Kelly opened the Funk Lab Dance and Creative Arts Center where she is currently the owner and choreography and crew director. She also enjoys teaching at the recreational level.

In 2012, Kelly was interviewed by Pilgrim Studios in North Hollywood for a reality series and invited to be a dancer in a popstar’s comeback album. In 2014, Her routine, Losing My Edge, won the prestigious Encore Award at Masquerade Dance Competition.

Kelly has had the pleasure to train under many of the industries top choreographers such as; Dave Scott, Wade Robson, Mia Michaels, Cris Judd, Jamal Simms, Trae Turner, Wilfredo Rivera, Laurieann Gibson, Brian Friedman, Buddha Stretch, Hok, Travis Wall, Luam Keflegy, Laura Edwards, Nappytabs, Twitch, CJ Salvador, Comfort Fedoke, Russell Ferguson, Ian Eastwood, Flomaster and Ivan Koumaev and trained extensively at Lou Conte Dance Studio in Chicago and Broadway Dance Center in NYC. She is mostly self-taught in bgirling but received private training from Jacquie Skunda of the Mighty Zulu Kings Crew and has taken class from Ephrat Asherie and Mr. Wiggles. Kelly remains friends with and has trained under several members of the Electric Boogaloos Crew– Popin Pete, Sugapop and Mr. Wiggles and is most proud to have hosted an Electric Boogaloos Camp and Battle at Funk Lab Dance Center in 2020.

Kelly has twice attended the prestigious Dance Teacher Summit in NYC where she has taken courses on owning and operating a dance studio.  It has been there that she met and received advice from many influential dance professionals including Fox’s “So You Think You Can Dance” Mandy Moore and jazz pioneer Luigi Faccuito. She has participated and attended the Ladies of Hip Hop Festival in NYC. Kelly has been a guest artist and choreographer for many studios and companies including Cutting Edge Dance Studio, Centerville Contemporary Ballet, Centerville Coeds, Sharon’s School of Dance, and Eaton HS Winterguard, among others. She has been a dance instructor for 20 years, most recently with Howard School of Dance prior to opening Funk Lab Dance Center and Modern Elements- The Dance Studio.

Kelly has been interviewed by Huffington Post, PBS, Kettering Neighbors Magazine and Dance Teacher Magazine for her role as owner at Funk Lab Dance Center. Kelly has been interviewed by numerous media outlets in the area for her role in creating a positive hip hop dance experience for Dayton’s youth.  This includes Dayton Daily News, Kettering-Oakwood Times, Dayton’s CW, WDTN Living Dayton, Dayton Most Metro, Inclusion Magazine and was named “Daytonian of the Week”.  She was interviewed by two radio shows and has presented at 2 Pecha Kucha events as well as been on panel for the Girl Scouts on multiple occasions. Kelly was a featured leader on the Entrepreneurial Panel for Girl Scouts in 2020. Kelly has been awarded numerous teacher excellence and choreography awards at various competition circuits. Always seeking to be involved with the local community, Kelly has created partnerships and collaborations with Gem City Kids, Dayton Hip Hop Cultural Museum and has been the director for the Hip Hop area at Art in the City with the Downtown Dayton Partnership. Last winter, Kelly developed a break-fit class and was interviewed by Dayton Daily News.

In late 2020, Kelly opened her second dance studio, Modern Elements and a dance apparel boutique that specializes in unique gifts for dancers. She is the administrator and creator of an online group for dancewear boutique owners.

Kelly is passionate about inclusivity in her dance studios, having a loved one on the autism spectrum. Making every student feel comfortable and welcome is her priority and she has continued to hone the culture in both spaces.

Kelly is the proud mom of Liam, Phoenix and Muffin.  She is a pediatric psychiatric Registered Nurse and holds a Bachelor’s Degree in Nursing from Wright State University. She enjoys running and has completed both the New York City and Chicago marathons. She is registered to run the Berlin Marathon this September in her quest to complete all 6 world major marathons.